those days of gold || intro

those days of gold || intro

It is not Chervilnose's duty to hunt.

He tracks a nightingale with his eyes as it flutters around the cornflower plant he was planning to harvest, watching as it snatches a late-season butterfly in it's beak. He need not hunt, it is no more his place than it is the place of an apprentice to heal wounds. Instinct cries differently. It is unaware of him, head thrown back as it swallows the butterflies' long wings. If it knew what was good for it, it would be more aware of it's surroundings.

If it knew what was good for it, it would have left for warmer weather a moon ago.

Chervilnose keeps his body low as he creeps closer, the insistence of just to look ringing in his ears. It is truly a plain bird, and yet it is one well known. An unforgettable song, Chervilnose knows. It is among the first birds to return at the end of Leaf-bare, and it is typically one of the first to leave with the browning of the leaves.

Without warning, the nightingale flaps it's wings, flying upward and into the canopy. Chervilnose is left frozen, uncertain if it had detected him and startled, or if he took too long and the bird simply moved on. Slowly, his body untenses and, wary, he scents his surroundings. Quiet, and a touch disapointed, Chervilnose begins gathering the cornflower in his mouth by the stems, clipping them with his sharp teeth.
_________________
character storage
Adderstar 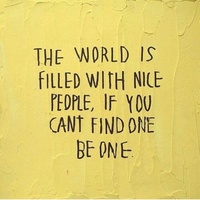 ”speech”
"Ah, another successful hunt- great job, Chervilnose” a deep, rumbling purr would sound as surprisingly quiet paws push their way delicately out of the foliage. The compliment might've been a perfect sarcastic quip had the owner of the sentence not been Adderstar. He, whom was incapable of sarcasm as a fish was breathing air and who's eyes glowed with mint-hued sincerity, clearly was not referring to the nighting gale. Stepping closer to the medicine cat, the older male would peer at the flower the healer now possesses. "I never noticed cornflowers grew out here. I've lived in this forest for all my life and still it surprises me” purrs the man as he lifts his head. Seemingly on cue, a warm beam of light filters through the thick canopy, drenching the thick furred male and turning his own golden coat into a mirror of light. He relishes the warmth, the peace, for a nice long heartbeat before letting out a contented sigh. Focusing back on Chervil, the man inquires, "Are you planning on collecting more herbs today? I would be honored if you'd allow to me assist you” he lashes his tail amicably, looking very much like a child hoping to follow around a favorite warrior. Not an incorrect comparison, considering Adderstar longed to get to know the medicine cat properly. After the last medicine cat...passed so suddenly...well, Addy wanted to make sure that never happened to the lad before him. So, eyes shinning, he awaits Chervil's permission.
- HAILPOOL.

― "is adderstar bothering you again, chervilnose?" hailpool's laughing tone rang out softly as she came up behind the two, having been only a little ways behind the leader. she had been on her own hunting mission and then heard talking, and, well - she was nosey, and she didn't want to be left out. so she went to see who was talking, and what was going on. she figured it could be fun, she could hang out with some clanmates. but now she was too close to back out and she realized she would get stuck with chervilnose and adderstar. chervilnose was a little upturned and adderstar was far too nice for his own good. she flicked her tail, padding closer to see what was going on and what herbs they were discussing.

"i'll come too!" she told the two of them excitedly. she wasn't going to take no for an answer; she was known for being ambitious, doing what she wanted. also, she knew chervilnose couldn't say no to someone coming with him to keep him safe while he collected herbs and watch his back. yeah, sure, adderstar could do that, but hailpool didn't feel exactly right letting the medicine cat and leader off alone. they were too important to the clan to not have anyone around to protect or help them, per say. "i know a few herbs to look for, like catmint and poppyseeds, and a few others that everyone knows - but if you tell me what other things look like, i'll keep my eyes open!"

“Wasn't hunting,” Chervilnose replies quickly with the amount of nonchalance one would expect from someone who was, without a doubt, hunting. He drops a flowerhead to his side to better look at his leader. “They would prefer a nice Thunderpath to grow alongside,” There is a certain amount of agreement in his tone, gaze returning to the flowers he'd plucked, “It typically doesn't grow here; I'd forgotten one some moons ago in this spot. I doubt it will return after Leafbare.” Not enough sunlight.

Then again, it is a hardy plant. It might just surprise him.

With the arrival of Hailpool, Chervilnose sits up a little straighter, looking between Hailpool and Adderstar, “This one has a misnomer for a name. Ducklingstar would suit him well.” It isn't the first time Chervilnose has made such a comment, and it will not be the last. The closest Chervilnose will ever come to telling someone they follow him around too often.

The comment about knowing what herbs to look for irks Chervilnose. It shouldn't- or maybe it should, but Chervilnose wonders if Hailpool would know catmint from stinging nettle without having to disturb the plant for that distinctive smell. Then who would be left to deal with the complaints of itching? “Just because it looks familiar, doesn't mean it is,” He advices kindly, none of his tepid mood leaking into his tone, “If you truly wish to come along, we can head...” He stands on his hindlegs for just long enough to scent the air and look about, gopher-like, then drops back onto all fours, “East.” 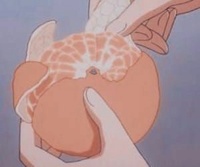 Not hunting? From where the femme sat in the trees, her tail curled protectively around a branch, the warrior surely thought the medic was attempting to hunt. His paws kneaded at the wood before shooting forward, an attempt to bat at the bird that Chervilnose had failed to catch. Just like the medicine cat, the bird avoided his attempts, fluttering higher into the trees before disappearing behind the canopy of browning leaves. No matter, Bluebell wasn't here to hunt.
"What an unlikely gathering. I love to see it." His coo from above was just loud enough for the cats below to hear as he rose to his paws and gave her body a little well-needed stretch.


The warrior had no intention to join the hunt for herbs, no. Bluebell's only intention was to be a turret in the trees. "I'll let you know If I spot anything from up here."Though, his offer wasn't a promise, just that. An offer.

― "thats fair," hailpool muses in response to chervilnose telling her that just because she thinks she knows it, doesn't mean she actually does. "i guess i just like to think i can be more helpful than i actually am. but i'll still try to help anyways!" she offers another polite smile, her tail waving in the air behind her. the slim molly was always up for adventure, always up to help anyone who may or may not even need her help; its what she liked to do.

hearing another voice, the skyclan warrior tipped her head upwards towards where the sound had came from to see bluebell. she flicked an ear in greeting, nodding as he said he would let them know if he saw anything. "good idea! lets get headed then, shall we?"