soft sigh escapes the maw of the young king as he sorts through his duties. a rare winter sunlight filters in through the den entrance, soaking the blue and white pelt with pale golden radiance, and yet beneath the warmth, the man is discontent, mind wandering as it often does during these more boring of tasks. soft paws shuffle through the leaves, claws deftly hooking each to put in it's own pile, an orderly row of frost touched emerald leaves and dried violet berries. through the entrance he can hear the murmuring of his clanmates sharing tongues, and if he glances up he can see warriors ducking in and out of camp, some rebuilding dens, others taking patrols of unruly apprentices out for some training duty or another.

often a smile settles upon his maw as he watches this calm system, each cat doing their best to provide for their clan, each with their own life and skills. as a gaggle of kits tromps past the medicine den on their way to cause some sort of mischief, he'll wave to them, a bubbling purr rising within him as they giggle back and dash on, tripping over themselves. he supposes clan life is nice when it flows smoothly, although leading it is a bigger ask than he's used to. at least he has his sister, the ever confident auburn. she must be out there, sending cats to their jobs. a flicker of admiration ripples through him. as his task comes to an end, he glances around, slender paws smooth against the cold stone. it's one of those rare calm days, this he is grateful for, and with a soft blink, the young man exits his den. "i'm doing checkups over here. if you need me to look at something, please tell me." the announcement echos around the cave, and owlgaze will sit down outside of his den, awaiting his clanmates.
Auburnsoul

Just as her beloved brother assumed, Auburnsoul was busying herself with assigning hunting patrols and border patrols. Her fierce gaze would catch movement from the medicine cats' den and she would feel her chest swell with pride as she spotted her King brother hard at work as usual. She finished with her assignments and was about to trot over to him to do some sisterly annoying when his words touched her ears. Check-ups? One of her dazzling smiles caused her facial features to glow as she meowed loudly, "Ya'll heard him! Check-ups over here! I don't wanna hear any complaints about injuries tonight in the den!" Her tail would lash with the authority she carried so easily before she bounded over and bumped her head against Owl's in a clear sign of affection, "Look at you working hard. I guess I'll be your first victim if you'll have me." She threw him a playful smirk as she plopped down into a sit in front of him.


The two siblings couldn't be more different. If Owl was the gentle moon, then Auburn was the unrelenting sun. Where his pelt was cool whites and blues, her's was a swirl of reds, browns, and creams. Even there' personalities were different, where her brother was kind and calm, Auburn was known to be more than happy to fight first and ask questions later. But it balanced them, and Auburn wouldn't change her precious brother for the world.
owlgaze

dual hued eyes brighten with a sharp interest as the woman's voice rings through the air. she carries her duty so well, with a silver smile and iron fist- he's not jealous, but he wonders sometimes if he's less important. that diamond grin flashes in the sun, angular features sharp as she bounds towards him. "hey lil sister," he allows a smile to cross his face, shaking his shoulders and standing to greet her. they're but minutes apart, but he'll hold his tiny age difference above her forever. "someone's gotta do the work around here," his voice rings with amusement as she bumps him. "although i see the fresh-kill pile is full for the first time in a while." with a blink of pride, the young man settles to his work.


"is anything in particular bothering you?" he wonders aloud, taking a glance at his sister from a distance. she glows with confident youth, and her chest heaves with the breath that gifts her life. "any bumps or cuts i should know about?" now he moves closer, nose twitching as he scans for any worrisome bruises or thorns. claws twitching, he pushes into her side, gently teasing her most ticklish spot. a grin will show off pearly whites as he attempts to send the girl into hysterics.
scar.

His wounds had been already treated by owlgaze. He was trying his hardest to stay away from everyone. He didn't belong here. He didn't belong anywhere, but he was safe... at least kind of. Somewhat. He didn't feel safe but he knew it was safer than being on his own with an entire band of rogues looking for him, but he would have rather died than to go back. His parents were already dead, anyways. After another sleepless night, the standoffish cat stared into the clearing, watching as the two supposed leaders spoke up. One, a healer. One less so. Clans were weird, but this one was especially.  The younger of the two was already being checked out so it was safe to say he wouldn't bother but something about this Owlgaze fellow... made Spider feel... safer. Not completely. He never felt completely safe. But safe enough to approach, though he did not trust either of them. Then, Spider pauses in his steps. Brother and sister. He could tell. There was a lot of those dynamics in the rogue group. Family. But he didn't have one and he could say without a second thought that he didn't want one. "Excuse me." His voice was cold, bitter, and rather standoffish. He was young, yes, but he had always been a little too bold for his own good. "I didn't let you treat this one." He moves his tail which he had wrapped against his leg, revealing a pretty bad bite. He didn't really care if it wasn't treated but since Owlgaze was offering...
Auburnsoul

Purrs of laughter would move through the she-cats' body as her brother pushed against her ticklish points. The Queen would playfully swat at his ear before shaking her head, "Nope! But I supposed getting a general check-up wouldn't hurt!" Her ears would twitch at the sound of pawsteps and turn to blink warmly as Spiderpaw approached. He looked as grumpy as ever, and honestly, she kind of liked that about the little scamp. Didn't take crap from any cat! "Hi, Spiderpaw! Good to see you out and about in camp." Her tail lashed, and her expression held only a fiery genuineness that the leader was known for. As the tom came forward and confessed to an untreated wound, the leader would smile at her brother, "I wish more warriors were like this one. Most older cats won't even fess up to hiding a wound." She would then take a step back so that Spiderpaw could come forward to be treated.
kiwi 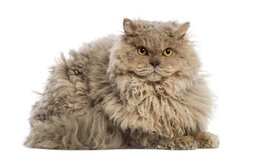 ― "we heard owlgaze the first time, you piece of fox dung," dustynose snorted at auburnsoul as he walked up to the trio of cats surrounding eachother, his dreary gaze looking at spiderpaw for a moment before snapping back up to auburnsoul. "you don't need to repeat everything he says." he shook his head, muttering some words to himself. something about auburnsoul - it irked him. she irked him. she was so happy, so cheery..and for what? there was truly nothing to be happy about. nothing in this life. he wanted to know one good thing she had experienced in the past week that gave her the right to have an attitude like this. even though she was one of the leaders, it didn't make him respect her any more. it was her personality that threw him off, made her..unrespectable. he didn't like what darkclan had become. in all his moons, he had never seen joint leaders. he didn't like it. and it was clear he didn't; but dustynose was always known for being an absolute shithead.

he sidestepped owlgaze, looking into his den behind him. his old whiskers twitched, the scrawny cat with fur mats all over clearly looking for something in particular. and owlgaze, by this time, knew what it was. "where did you put your catmint?" he growled quietly to the tom, his snaggletooth showing as he pursed his lips. "i couldn't find it this morning. you're hiding it from me, you flea ridden badger. don't you respect your elders?" clearly not.

before he would get a response from the medicine cat, he heard auburnsoul mentioning something about how most warriors wouldn't even talk about a wound and- "don't you have some patrol or something to go on? why are you idling around camp? your brothers fixing clanmates, and you? you're just gonna stand here and watch him?"