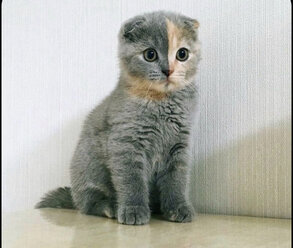 ― where in the hell was she? she had been running for days it felt like. she was all curled up in her bed by the fireplace, with a new owner, knowing it was pouring down raining outside but glad she had a nice home to call her own - and then five minutes later, she was set outside and the door was slammed on her. she couldn't remember what she had done. did she miss her litterbox? did she claw the couch? did she spill something? she couldn't think of what she did, because it wasn't important in that moment. the most important thing was surviving.

there was a horrible thunderstorm, with loud loud bangs and great big flashes of light, and she couldnt find anywhere to hide, nowhere nearby. she was terrified. she just ran, and ran, and kept running until she was under a tree and hiding where the thunderstorm couldnt get to her. she woke up the next morning to a very moist environment, leaves filled with water and dripping down onto the forest floor. apparently, she had taken shelter in a fox den, and she found that out quickly when the fox returned. this sent her running, and the fox eventually stopped chasing when they got far, but man, she was exhausted.

now she had no clue where she was. she was on the outskirts of RiverClan territory, but she didn't know that. she could barely keep her eyes open, she was exhausted; but she sure would put up a fight if she had to. she was breathing heavily, dragging her feet, her head low. her short little ears almost seemed to droop more than they already were. her tail was curled between her legs as she walked. and then she heard what she thought was a noise, maybe another fox, someone stepping on a stick? "oiy!"  she snapped her head up, her eyes still full of determination despite her circumstance. she puffed herself up as best she could despite her matted, muddy fur. "Who goes thaur? A'm na afraid ta barnie yah!"  her scottish accent came out quite pristine.

A fluffy, albeit soaked, golden she-cat would step out from the reeds of Riverclan territory, looking fairly surprised to see a cat along the border. The new face seemed about the same age as the lost cat and without really thinking about it, she would drop her plant bundle and gasp, "Oh gosh are you ok?" A genuine concern would replace the surprise in the she-cats olive-green eyes, "You're completely soaked! Starclan, you must be freezing, are you lost? I can offer a place to stay out of the rain if you need somewhere to rest." Her rambling came from a place of worry, knowing full well how dangerous the clan territories could be if one wasn't careful.