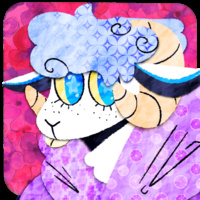 FIGPAW
; BASICS ;
; figpaw | " Figgy " | Fig
― Fig; loner name; pelt colour | -paw; apprentice suffix
; Cis Male | He/Him | Pansexual Panromantic | 7 Moons | ages monthly
; Shadowclan - Apprentice | Ex-loner | No titles
;  - inspired from; Fig cookie (cookie run)
- has; heavy accent
+  RELATIONSHIPS  +
+ Chestnut x Root | Apple (sister), Onion (brother), Carrot (sister) - [NPCs]
+ Single | [0] Crushes | Not actively looking | Develops romantic attraction rarely
+ ½ of ship name here
~ APPEARANCE ~
~ CURRENT APPEARANCE: [ brown, plain, long legs, long tail, green eyes, slightly crooked grin ]
-- Fig here ain't nothing special. He's a pretty plain thing all things considered. No fancy markings, no scars, no odd mutations. Just...a plain brown cat. Soft as all clouds, mind you, but plain nonetheless - boring, one may say.
- Brown as the dirt under your feet there's not much to say for Figpaw's pelt. It's brown, and...that's about it. If you catch it in the right light the colouration is very close to tat of an actual fig! Namesake and all.
- Fig loves to bound and leap, seemingly the preferred method of movement, and that's because of his long legs. His limbs have been compared to a deer, or fawn, with how he hops about. Not many other cats can out-leap Fig!
- To match those long legs is a long tail, fairly skinny sort of thing, though the tip does puff out. Kinda reminiscent of a puffy bunny tail!
- Like the rest of him Fig's face is pretty plain, no real defining features. Of course, he looks unique, but nothing that'd make you look twice. if you're into green eyes than this green eyed cat is for you! Like thriving leaves and grass, wondrous!
- The only other feature really worth noting with his face is his grin. Fig has a distinct grin, one that's just the slightest bit crooked. It's charming, in its own way, and, thankfully, doesn't make him look sly or rude.
reference link here
~ mutations:
- accessories:
{ irl reference; here }

* PERSONALITY & QUIRKS *
* KEYWORDS: [ cheeky, energetic, talkative, mellow, unbothered, 'water off a ducks back', teasing, rule breaker ]
-- The most notable trait Figpaw has is his endless chatter. No matter who you are or how interested you may be, Figpaw can chat and tell stories for hours! Days even! It's not for wanting to hear his own voice, no, it's most certainly genuine interest in interacting with others. Though the thick accent makes it hard to keep up, and that's without thinking about his faster than normal chat speed. It can sometimes leave him annoying others or getting lost from his point.
- He's not one to take teasing without retaliation. He's no bully or cruel lad, but he can be cheeky and teasing in turn. He'll say things just to get a little bit of spite, or he'll offer quick quips to make other cats think twice. If you like laughter, well, Figpaw's giggly laugh may have you smiling!
- Not one to let things get to him, Figpaw can sometimes be seen as a bit uncaring. Not to some large degree, but to one that's noticeable when he shrugs off most problems. Loner life was full of issues that couldn't be dealt with, so, it was simply easier to move on. It's a good trait, when understood, the ability to not let small things trouble your mind. Makes him a good cat to talk to if you need reminding that things aren't gonna collapse around you. Water off a duck's back.
- Having been a loner means Figpaw isn't quite situated for a life of teamwork. Sometimes a rule or expectation is broken for the simple fact he doesn't think about them. It was a lot easier when you didn't have to thank dead cats for your catch. He's not quite sure he's all for worshipping the dead, can't be too wise if they're dead, he thinks.
- In general though, he's a chatty lad with energy to spare and plenty of leg to use. if you need someone to fill the awkward space with words he's your man! A good third wheel if you don't want utter silence.
{ STORIES O' LONG AGO }
* disorders ―
! AESTHETICS !
! smells like: figs, leaves, dirt, scent before rain
! feels like: grass, nutshells, bark, smoothed stone
! colours: greens, pink, light browns, dull purples
! objects / motifs: forests, ruins, vines/moss, places reclaimed by nature, temples, woodlands
! pinterest link: [HERE] - (via Lavendes)
` INTERACTION `