Noise in the Streets | Bain's Intro

Noise in the Streets | Bain's Intro

Mentions:
Green eyes glowed from the shadows as the suns beams attempted to light the alleyway the bob tailed sat down, he had been searching for rats or mice when he had heard another sound that of fighting cats and his ears perked up knowing usually it was just strangers fighting for food because the other got to it first or one was trying to steal he felt like he should check it out. Bain could usually find himself in these situations looking for a reason to fight to protect those he actually tolerated but from the sounds it was in the area Bloodclan had chosen for themselves and protected, therefore if it was strangers or just one trespasser then Bain had an obligation to chase them out to take what food was found and either it for himself or find a kit to give it to.

Teeth gleaming he opened his stride as he passed along the sidewalk towards the sound a few alleys down skidding into it when he tried to avoid a twoleg walking a dog on a string his eyes narrowing as he tried to find the source of the sound which didnt take him long as cats tumbled out from behind an old fluff nest (couch) "So much noise, do you want catchers to place silver nets?" he snarled sitting down to wait for an answer knowing he was heard by the two.
"Speech" -Attack-

ERIS
Rising from the tumbled heap, a monster would take form. A beast of tangled fur, discolored in every strand, a mirage of splattered paint and alley grease, beautiful in it's lack of understandable form. From within that splattering of void and fading sunlight would creep a smile. Frighteningly toothy, years of licking blood off claws and digging into jugulars revealed in the staining of her canines, vampiric but truthful in it's lack of porcelain perfection. No, she herself was the truest display of perfect you'll ever behold. A beauty of chaos, as real as the twinkle in her snake-like eyes.
The giantess would gift Bain with a friendly shrug, a king gesture of sincere amicability that would never soften the true fierceness of her disposition. Anyone worth their salt would know never to let their guard down around this hulking goddess of decay and maleficence. " Oh Bain you sweetheart, don't worry a hair on your head darling - twolegs have long given up on trying to catch us" she would giggle, reaching out and aiming to pat Bain's head, completely oblivious to similarities in age. If he avoided her touch she wouldn't mind, and instead use her paw to gesture behind him, at a hidden cage in the shadows. Old and rusted, the food bowl inside long eaten by skilled bloodclanners. It warmed Eris's heart to see such a perfect display of her clan's fortitude and quick wit. She was just so proud of everyone!

Turning her serpentine hazel gaze back upon her compatriot, the woman would inquire, "Are you busy now Baine? Since you're here, why not help out with this one?" she gently elbows the feline at her side, "We've been sparring all day but i'm afraid my fur keeps getting tangled up in their claws" she sighed, running dog-toothed claws through her matted cheek fur, emphasizing the problem by her claws immediately getting stuck in a tanglement. The curse of long fur, it seems! "What do you say, Baine honey? Would you show them some moves?"

*:･ﾟ✦ FOLLOW SWEET CHILDREN*:･ﾟ✦
I'll show thee the way
through all the pain and the sorrows 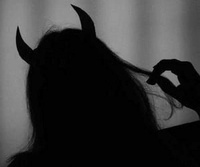 most cats here, he noticed, always seemed to have some type of attitude. they could get super mad or just be super apathetic to situations where emotions were permitted, bane and eris not an exception. eris seemed to have a more positive aura, her scent, though not to most, was very sweet like the feeling of sun rays upon his back. bane's was more cold, yet he still found it oddly comforting. that was just how he worked out things. without working eyes, gecko saw the world a lot different than others, and never without a smile on his face. the skinny little apprentice aged cat hopped over, stopping just short of running into eris, taking a paw step back, a smile on his face. "hi guys! what are you doing?!" his loud voice wasn't always welcome, but he couldn't help that he was so excitable. "can I help, can I? can i?! i'll  be super good and I promise not to trip this time!" he could get around pretty well, to the point that where him being blind was hard to tell in some cases but he did have his troubles, not that he minded. it was all in good fun  and he was alright with it.

The cream-coated molly left out a huff of air, catching her breath and meeting Eris's gaze. Bella then wiped her muzzle with her paw slightly, smearing the tiniest stain of blood from a small nic on her muzzle. It was more likely she had received this from a hard fall during the combat training as opposed to Eris, as her clan-mates claws would have likely left a much deeper and more permanent mark. Her light blue eyes then shifted to Bain, who's tone of voice seemed rather put off by the volume of noise the two have unwittingly created. "Sorry there Bain, I jus' guess get we got ahead of ourselves" Bella stated, giving a gentle shake of her pelt to clear the debris that had been collected in the tussle. The fighter glanced at Eris then back at Bain as they bantered, Bella was relatively new to the clan, coming from the farthest reaches of the two-leg place and was still trying adjust to Bloodclan life. She hadn't realized how close both Eris, Bain and her were in age until this very moment really, as she had always assumed both were much older then her in terms of age due to their experience and rank. However, at the moment Bella was feeling rather tired after battle-training all day, and waved her tail, "Actually I reck'-" Before she could speak, the Bloodclan apprentice Gecko came tumblin' in like a hurricane, startling Bella. Bella chuckled awkwardly, she was never the best with youngins' but was getting more relaxed now that she had become surrounded by more apprentices during her time in Bloodclan. Bella reached a paw out, cuffing Gecko's ear, "Ahh, well I was jus' about to get gon', but whatcha thinkin' Bain? You up for a round or two? Teachn' some battle tactics?" Bella glanced at the tom, cocking her torn ears forward, she could always use extra battle training anyways.

Mentions:
The tom didn't allow for the tap on the head that Eris had attempted though she wasn't one to care anyway and quickly covered it up by indicating to the shadows near the building where a net lay now more orange in colour then its once glistening exterior, though he let out a low chuckle after he noticed that the bowl inside lay empty knowing those within his clan had more skills and brains then catchers gave them credit for though sometimes upon seeing these nets Bain himself would scare some poor unsuspecting loner into them just so they could be taken off his clans territory.

He payed more attention to the group when Gecko came around wanting to help with what he could making the tom give the younger one a half smile remembering that he couldnt see him was a problem for Bain though he refused to bring it up its not like it was the toms fault. He thought about the question of helping with battle training for a moment then finally nodded "I'll help when you need me to, at least there'll be less swallowing of hair he chuckled giving Eris a grin as he stepped forward again the clicking of his claws could be heard on the gathered stones.
"Speech" -Attack-
_________________ 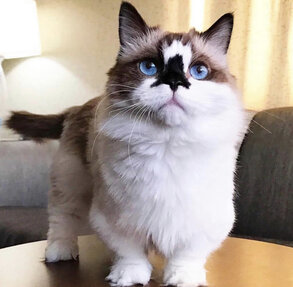 ― "oh! i want to know whats going on!" a high pitched voice purred, cookie waddling into the alleyway that the other bloodclanners were in. they probably heard her from a few miles away, with the bell on her collar jingling to give her position away. the collar always jingled. she was used to it though, but it was certain to annoy her clanmates. she was too pure for bloodclan, in honesty. "are you guys training? i want to learn, too!" she made her way over, the munchkin standing alongside the others with excitement nearly causing her body to tremble. "hi eris! hi, bain! hi gecko! hi bella!"