Owlstar, an old tom, was nearing the end of his time on this earth. He needed a deputy, one that would take his place after he met his end. Many of his warriors were loyal and brave, but he knew who he’d pick. Coughing and wheezing as he rose to his paws, the dying feline padded out of his den and into the sunlight. The High Rock seemed to be brighter than usual, which only confirmed his decision. StarClan knew his choice to be the right one.

“All cats old enough to hunt their own prey, gather beneath the High Rock for an announcement!” His voice wavered, hoarse as he spoke. “Today I must name a deputy, one to take my place when I leave for StarClan. I must also name a medicine cat to take Shallowsight’s place after they passed.” He looked sorrowful as he spoke of the former medicine cat, but he knew he’d see them soon.

“I say these words before StarClan, so that our warrior ancestors and Shallowsight may hear and approve my choices!” Owlstar coughed as his voice boomed across camp. “Our deputy will be Solarflare and our medicine cat will be Asterpool! I hope you both do the honor of accepting.”

As both accepted the role, the leader dipped his head. “Thank you all for this short meeting. The next time you all gather won’t be under my call. I thank you all for your service these many moons.” 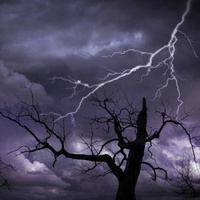