she had done it. she had stripped dovestar of her last life. sure, the way she went about saving that npc's life was totally unnecessary, and batfang maybe should have stopped herself from killing her leader, but she was ambitious and through. one day, cats would understand her motivations, but it was all for the good of her clan. she would never purposefully put them in harms way... right? who knew that true answer, other than her? she could definitely say she wasn't going to do anything she didn't believe was in the best interest of windclan, even if she was morally gray and had some odd ways of doing things. but, this was not what this was. in her mind, dovestar had to die. poor cat was losing her mind, and became so paranoid. batfang was sparing her! others might not have seen it that way, so it was safe to say that she would not be speaking up about this. the fact simply was that how she died would remain a secret, and that was that. "all cats old enough to catch their own prey, please meet beneath tallrock for a meeting!" she called out, her eyes bright and ready. as she stood, she waited before continuing. "i... have found dovestar's body and it is with a heavy heart that I say... she is dead. I tried to save her life but her wounds had been far too grave for me to stop her bleeding..." she paused in her words. parts of her was too happy, but other parts of her wished it didn't have to go this far. "I will be traveling to moonstone to collect my nine lives and hopefully... soon.. I will be choosing a deputy. thank you. we will hold a vigil later tonight."


//okay just to clarify, an npc was nearly being killed by dovestar,the last leader. batfang used the opportunity to seize the day, and ended up killing dovestar, but no one but that npc is aware, and the npc is not going to say anything. again, no one is aware or should even be suspicious towards batfang about the death !!
.:vanillatuft:.

having been sorting herbs in the medicine den, vanillatuft had her back turned to the entrance of her den as she piled up herbs and put them on makeshift shelves and stored them away in other places. for a moment, she thought she felt the faint pawstep of someone in the den to visit her, but she figured she may have imagined it so she ignored it.

however, she felt many paw steps rumbling the ground. she turned to glance outside of the den just so see what was going on, or if she was perhaps just imagining things, but she saw many bodies of clanmates clumped together, moving. there must be a call from the leader! she couldn't dare be late!

vanillatuft hopped to her feet, poking her head out of the den to see if she could find batfang or mercy to sit beside. but...she noticed it was batfang at the top of tall rock. where was dovestar? was she having another episode? why did nobody call me to come give her calming herbs? she thought to herself with a flick of her tail. oh well, she would do so after the meeting.

or so she thought. she weaved and waddled her way towards the front of the crowd so it was easier for her to read the lips of her fellow friend batfang, and...no way. she had to be kidding.

dead? dovestar was dead? she felt a chill run through her spine and although she couldn't hear her clanmates around her, she rapidly glanced around and could see the same emotion on everyone's face. horror. well, mostly. she tried to ignore the fact that some looked relieved. dovestar had been leader since vanillatuft was born! she had been the one who had talked with her mom to convince her to have vanillakit become a medicine cat..she was in a bit of shock, to say at the least.

she hadn't been around long enough to know what to do in this situation. she was still young, still learning. the previous medicine cat before her that had trained her had died unexpectedly when vanillatuft was only sixteen moons. did she chant for batfang? did she start a wailing crowd? what did she do?

she could see that batfang mentioned going to moonstone later, and this caused vanillatuft to push herself to her feet. she would never let her friend go alone on such a journey - but also, it was required of her to come with the new leader to moonstone for her to receive her lives. vanillatuft may not know much about the ceremonies, but she knew that much because she had been told by the other medicine cats on her own visits to moonstone.

"i must join,"she announced to batfang and to the others gathered underneath highrock. although she was uncertain of the entire situation...she was excited for batfang, and she would express this excitement with her friend another time. not yet, though. it was too soon. she needed to suppress and figure out all her other emotions. "you tell me." you just tell me when. thats what she meant. batfang knew her well enough that she would know thats exactly what the deaf medicine cat had meant.
_________________
and if you need a little sunshine,
「 you can borrow some of mine! 」 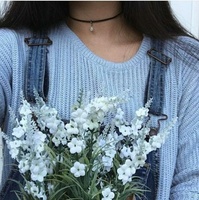 There is always hope. No matter how...scattered some people got, or felt, there was hope. What if tomorrow they found themselves? Or 'Nilla discovered a cure? Anything could happen tomorrow, or a week from now, or more, and however long it took there was always hope. But there was nothing to be hopeful for when death was involved.
Mercybloom openly sobbed. Dovestar, however scattered and discombobulated, was still their leader. Sill a woman who raised so many of the cats here through her guidance. Doing her best to dash away her tears and failing, the willowy woman would note her disturbance of the meeting. Later, she would congratulate her friend on her rise in rank, but right now all Mercy could do was grieve. Oh Dovestar...If only she got to say goodbye...

— LOVE YOUR FLAWS, LIVE FOR YOUR MISTAKES
Sponsored content