nothing gold can stay | daisypatch's tags

nothing gold can stay | daisypatch's tags 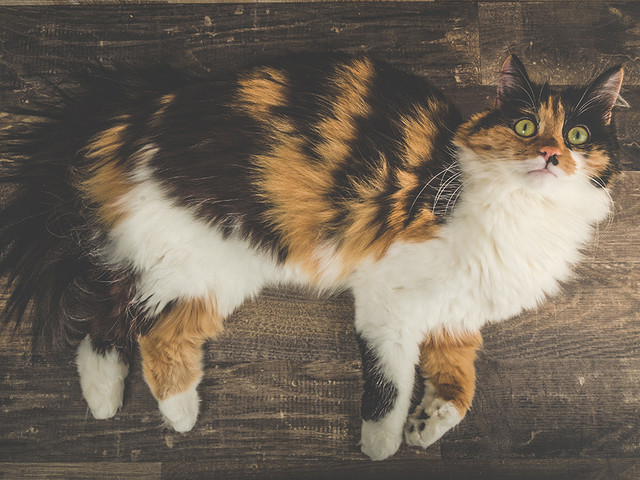 ✿ [BREED] domestic longhair
✿ [SHORT DESCRIPTION] a beautiful long haired calico molly with green eyes
✿ [LONG DESCRIPTION] a primarily white longhaired molly with patches of ginger and black placed throughout her spine and face. she has a pink nose with a little black dot on the left side of it. her tail is completely black. her chest, belly, and paws are white. her front right leg has a large patch of ginger from the ankle to right below her belly. her front left leg has a small black patch on the ankle. her hind right leg is primarily ginger with a small patch of black on the back of the knee and the hind left leg is primarily black from the ankle to right below her belly. she has light green eyes.

✿ [INTERIOR TRAITS] quiet, intelligent, caring, passionate, cheerful
✿ [EXTERIOR TRAITS] confused, insecure, opinionated, fun-loving, adventurous
✿ [LONG DESCRIPTION] daisypaw is a quiet molly who often doesn't speak unless spoken to first. she loves befriending those who she can and often would rather listen than indulge in a conversation. however, don't let her shy demeanor full you - she is super passionate and caring and will stick up for anyone and anything. she does not tolerate any kind of hate and is one of the sweetest cats out there. she tends to try to keep a smile on her face to encourage others to act in the same good faith. despite keeping to herself a lot, she would love to let loose if she got the chance as she is super adventurous and curious about many different things in the forest. she loves to have fun when she is given the chance! ever since her mother's death, she took a liking to herbs because it broke her heart that so many cats around her were dying and she was unable to do anything about it.
✿ [MORAL ALIGNMENT] lawful good

✿ [SCENT] lavender
✿ [HISTORY] born to former deputy bearfang and former leader brindlestar, her father died early into her apprenticeship and her mother died when she had just turned 9 moons. this absolutely haunted daisypaw, that she had lost her parents at such a young age and there was nothing she could have done to stop it or prevent it. therefore, she considers herself very close with her sister and has taken a liking to the medicine cat den and wanting to learn about herbs because she wants to try to help and not just stand around and watch more clanmates die.
✿ [VOICE CLAIM] shailene woodley
✿ [THEME SONG] soldier, poet, king - the oh hello's

Re: nothing gold can stay | daisypatch's tags