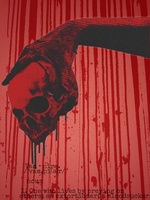 Sable, a large sandy tom, padded towards the dumpster where he had called all the meetings. Climbing to the top, the mangled feline's claws dug into the plastic. The tom stood tall as he padded forward so that he could see all of the clan. They knew him to be a strong, powerful leader. One that seemed invincible, but he knew that he needed to name his Second and the Medic. The two positions had been vacant since he had become leader many moons ago, but now he felt it was the right time to name his successor and the one to heal their clan if anything should befall them. Despite hating the clan cats, he knew that they had the right idea about having a medic.

"All cats old enough to kill their own enemies, gather here!" The sandy tom's voice was harsh, stern. "I've finally decided that it is time that I name my Second and a new role. I feel like we've gone for too long without one to heal the clan if we ever run into an illness. Scratches ya can take care of on your own, kids. So, I'm making a new role called Medic."

He continued after the clan muttered for a few moments, whispering about the decision. "Ain't your decision to make. I'm king here. So, ya better listen to this carefully. My Second is going to be Eris. My Medic is Jaegar. Now, meeting dismissed."

//big thanks to Nico for writing this!